A Treasury of Early Music   http://www.youtube.Searle8

The Hilliard Ensemble: Sax in the Middle Ages

The Hilliard Ensemble and Jan Garbarek talk to Adam Sweeting about blending music ancient and modern .

Is it possible that the Hilliard Ensemble have solved the conundrum of circular time? Though their recorded catalogue is peppered with titles such as Popular Music from the Time of Henry VIII or Medieval English Music, and the quartet can sing Byrd or Josquin des Prez with rare expertise, they’ve been performing sizzlingly contemporary music since their earliest performances in the mid-Seventies. They’ve become closely associated with composers such as Arvo Pärt and Giya Kancheli, but it’s their still-evolving partnership with Norwegian jazz saxophonist Jan Garbarek that has brought them unexpectedly huge numbers of new listeners.

Their first collaboration, in 1994, was on a CD called Officium. Though it comprised exclusively early music, the mix of the Hilliards’ transcendent harmonising and Garbarek’s free-floating improvisations created something not quite categorisable. They thought it might sell a few hundred copies, s,o, when it did a million and a half the air was filled with the sound of jaws hitting the floor.
And it’s with Garbarek that the Hilliard Ensemble launches a tour of British cathedrals in Norwich on Saturday . The performance will be based on their third collaborative CD, Officium Novum, released last year on the ever-exploratory ECM label. It’s a mesmerising collection, encompassing music from 16th-century Spain alongside Russian and Armenian church music and new pieces by Pärt and Garbarek himself, all framed within the shimmering sound world the musicians concoct when they play together.

Garbarek gives much credit for the collaboration to ECM’s mastermind, Manfred Eicher. “Manfred asked us if we would like to do something together, and we were both curious and really open about trying it,” the saxophonist recalls. “We found this monastery in Austria, St Gerold’s. The Hilliards brought a batch of music, they chose one and started to sing, and I listened for a minute and then played along with them. It was very quick and spontaneous, which to me meant that it was the right thing to do.”

A few months later, they found some mutually agreeable dates and, with Eicher producing, returned to St Gerold’s and recorded their first disc in a couple of days.
Wisely, they have allowed the collaboration to develop in its own time. A second collection, the two-disc Mnemosyne, followed in 1999, on which the musicians stretched themselves across several more centuries and folk music from different continents.

Then more than a decade elapsed before Officium Novum eventually emerged, though the partnership had been expanding and deepening in the interim over the course of myriad live performances.

“We’ve always done a lot of concerts with Jan, and we’re always looking for new music to keep it interesting for ourselves and find new ideas,” says tenor Steven Harrold, the new boy in the Hilliard Ensemble after joining a mere dozen years ago. In a history going back more than 35 years, the Hilliards have had only five personnel changes, though countertenor David James is the sole survivor from the first line-up.

“The question was whether we had a sufficient body of music of the right type to make the album work,” adds baritone Gordon Jones. “Certainly, I was very reluctant to do another album just for the sake of it. There had to be some damn good reason.”

A recording is only ever a snapshot of how something sounded at a particular moment, albeit with some technical tweaking to make it sound as aurally ravishing as possible, but what the Hilliards and Garbarek particularly cherish about their music-making is the way it varies from concert to concert, depending on choice of material and the physical properties of the venue.

“In the concerts, we’ve introduced pieces with lots of improvisation from the Hilliards as well as myself,” says Garbarek. “We never captured the best moments of that on any tape, but I think it made our collaboration develop more strongly. It’s very inspiring for me to work with them.”
Tenor Rogers Covey-Crump adds: “Jan responds very strongly to the buildings we play in. One thing he loves about this project is that he gets to play in places he never otherwise sees, such as big churches and cathedrals.”

“In a big resonant acoustic, he can create a harmony by playing a really loud bass note and then adding an arpeggio above it, so you have this harmony hanging in the air,” says Gordon Jones.
Garbarek’s early adventures in improvised music were inspired by the frantic honkings and squawkings of free-jazzers such as Archie Shepp and Albert Ayler, though over the decades he has learned what to leave out to find the meaningful spaces within.

“That’s very true,” he says. “Now I go for a more transparent sound, not the 'sheets of sound’ that John Coltrane introduced. I had to find my musical voice in the way that Coltrane found his, and the way he developed his spirituality through his music is very interesting to me.”

Spirituality is surely a characteristic of the music Garbarek makes with the Hilliards, as they spin through the centuries to reach some sort of irreducible expressive core. It’s hard to put into words, but something about it speaks clearly to its listeners.

“It’s very important that the sound has a certain amount of space and reverberation,” says Garbarek. “The music often uses modal forms, which gives a lot of freedom for improvisation. Some of it’s religious music and some isn’t, but I think it’s important that all music should be spiritual in some way.” 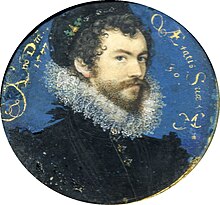 A self-portrait by Nicholas Hilliard (1577)

From Wikipedia, the free encyclopedia

The Hilliard Ensemble was a British male vocal quartet originally devoted to the performance of early music. The group was named after the Elizabethan miniaturist painter Nicholas Hilliard. Founded in 1974,[1] the group disbanded in 2014.[2]
Although most of its work focused on music of the Medieval and Renaissance periods, the Hilliard Ensemble also performed contemporary music, working frequently with the Estonian composer Arvo Pärt and included in its concerts works by John Cage, Gavin Bryars, Giya Kancheli, and Heinz Holliger.

The group was originally founded by Paul Hillier, Errol Girdlestone, Paul Elliott, and David James, although the membership was flexible until Hillier left in the late 1980s. Since 1990 the core members were David James (counter-tenor), Rogers Covey-Crump (tenor/high tenor), John Potter (tenor), and Gordon Jones (bass), with one change: in 1998 John Potter was replaced by Steven Harrold.
The Hilliard Ensemble, under Paul Hillier, had an extensive discography with EMI's Reflexe early music series during the 1980s. The ensemble has since recorded mainly for the ECM label. In 1994, when popular interest in Gregorian chant was at its height, the ensemble released the CD Officium, an unprecedented collaboration with the Norwegian saxophonist Jan Garbarek. The disc became one of ECM's biggest-selling releases, reaching the pop charts in several European countries and receiving five gold discs in sales. Officium's sequel, the 2-CD set Mnemosyne, followed in 1999. The third album, Officium Novum, was released in 2010.[3][4]
Their recordings have also been included in Craig Wright's Listening to Music textbook for music students and music appreciation.
In 2005 the ensemble took part in the Rheingau Musik Festival's composer's portrait of Arvo Pärt, together with the Rostock Motet Choir.[5]
In 2008, The Hilliard Ensemble premiered Heiner Goebbels' avant-garde staged concert I went to the house but did not enter at the 2008 Edinburgh International Festival, repeated at the Berliner Festspiele.[6]
In 2009 the ensemble premiered five new works: Guido Morini's Una Iliade, Fabio Vacchi's Memoria Italiana, Steffen Schleiermacher's Die Beschwörung der Trunkenen Oase, Simon Bainbridge's Tenebrae and Wolfgang Rihm's Et Lux.
In September 2010, The Hilliard Ensemble joined the London Philharmonic Orchestra and Choir for the world premiere of Matteo D'Amico's Flight from Byzantium at the Royal Festival Hall, London. They also performed three pieces by Guillaume Dufay: Moribus et genere, Vergene bella and Lamentatio sanctae matris ecclesiae Constantinopolitanae.[7]
On 15 November 2010 the group appeared at Church of St. Paul the Apostle in New York to perform Kjartan Sveinsson's Cage a Swallow Can’t You but You Can’t Swallow a Cage.[8]
The Hilliard Ensemble decided to disband after 41 years and gave their final concert on 20 December 2014 at London's Wigmore Hall.[2][9]

Bourrée and Ballet from Terpsichore Dances by M. Praetorius for flute & organ

Blogger Ref  A Treasury of Early Music  http://www.youtube.com/Searle8 What appears here is a modern classical music flute, and an &quot...

Robert Searle
Robert Searle was educated in Windsor at the Royal Free, the Tutorials, and East Berkshire College. He is the originator of two new revolutionary "work in progress" Paradigms known as Transfinancial Economics (TFE), and Multi-Dimensional Science (MDS). The former deals with a futuristic system of monetary reform/economics and the latter is concerned with a highly radical approach to claimed psychic, and spiritual phenomena. Searle has proposed too the development of the Universal Debating Project, a structured interactive "encyclopedia" of virtually "all" pro, and con arguments for practically any subject in the world. Moreover, he is the creator of a notable pioneering blog on Contemporary Early Music, and another one on the musician and broadcaster David Munrow (1942-1976) plus a very large collection of Medieval and Renaissance Music. Also, he is able to undertake high quality improvised musical whistling creating new compositions spontaneously in succession. Such works can include accompaniments like singing, electronic music, musical instruments (eg. piano) and voice instrumental music (eg. credible vocal imitation of a woodwind instrument) .